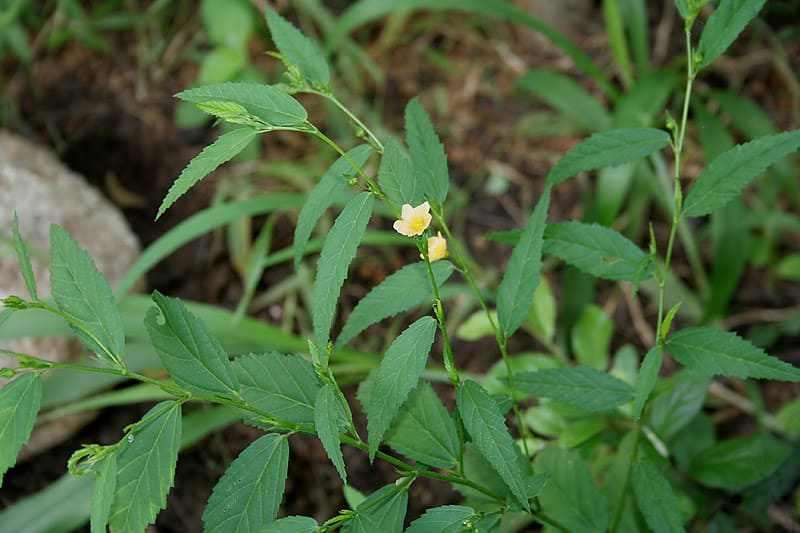 What is Sida Acuta plant

Sida Acuta is a plant that belongs to the family Malvaceae. It is a perennial herb and grows in tropical and subtropical regions of the world.

Sida Acuta has been used in traditional medicine for many years because it has been found to have various medicinal properties. It has been used in Africa, China, India, Australia and South America as a herbal remedy for various ailments.

Sida Acuta contains many alkaloids that have been proven to be effective as anti-inflammatory agents. The plant also has a high content of vitamin C and ursolic acid, which are two main components that make up the compounds that help with the absorption of iron from food sources.

What are the Health Benefits of Sida Acuta plant?

Sida Acuta, also known as the “plant of immortality,” is a plant that has been used for centuries in many parts of the world. The leaves are dried and crushed to produce a medicinal tea. It has health benefits such as treating diarrhea, fever, and pain from wounds. Researchers are experimenting with sida acuta extracts as a way of treating cancer. These extracts are found to have tumor-fighting abilities. The leaves contain compounds that give the plant its name, including ursolic acid and ursolic acid acetate, which has been shown to be effective against cancer cells. The extract also contains some flavonoids like apigenin and rutin , which may have anticancer properties. It is also used as an aphrodisiac and to treat erectile dysfunction.

Sida Acuta Tea is a traditional herbal tea that has been used for centuries. It is made from the dried leaves which are boiled with water to produce a tea.

2) Let steep for 10-15 minutes or until desired strength;

3) Add honey to sweeten (as per preference)

4) Drink while warm or at room temperature

The Sida acuta plant is a plant that is used in many countries in Africa. The leaves are usually eaten raw, fried, boiled or baked. They can be eaten as a snack or an ingredient in many dishes. They are also used to make tea and sweets. In some African countries, the leaves of the Sida acuta plant are boiled and then strained to make tea. This tea is often taken as a remedy for stomach problems such as diarrhea and dysentery. It is also sometimes taken for fever, headache and sore throat. The roots of this plant are also used to make a similar drink.

Side Effects and Risks of Using Sida Acuta

Sida Acuta is a plant that is used in traditional medicine for the treatment of a variety of ailments including fever, diarrhea, and malaria.

The side effects of using Sida Acuta are not well understood. It is known to cause nausea, vomiting, and other symptoms in some people. The risks are not well studied but it can be dangerous if taken with certain medications or alcohol.

There are no studies on the long term use of this plant but it may have some side effects like nausea, vomiting, or other symptoms in some people.

In recent years, people have started to use it for its high antioxidant content and its ability to improve cardiovascular health. Sida Acuta tea is a type of herbal tea that is popular for its ability to improve the circulatory system, relieve pain, and act as an antioxidant. Sida Acuta tea helps to improve circulation by pumping more blood and oxygen throughout the body. It can also reduce fluid retention and help burn fat. Reduces pain: The caffeine in Sida Acuta tea has been found to be an effective pain reliever for headaches, migraines, or chronic pain management. Lowers risk of cancer: A 2006 study found that Sida Acuta decreased the risk of cancer by lowering the levels of estrogen in the body.

Start Using Sida Acuta Today for Your Own Benefit

Fred has a wealth of experience in Operations management, food Safety and Quality management systems. He has profound interest in African history, African cultures and ultimately, African spirituality. Fred is an ardent advocate of African traditional medicine.